So, it's been quite a while since the last update. Lots of smaller projects going on, but I managed to carve out some time to make some substantial progress with the GSI Sim. Here's a run down of how things are going!

First up, the initial plan for the GSI Sim has changed. Originally, it was intended to be a 3D simulation of the GSI environments, but the gameplay element has always somewhat eluded me (as touched on in an earlier post). The initial plan for the gameplay has been scrapped in favor of a much more streamlined, more interesting approach. The groundwork for this is being laid out now, so there will be some more info on this coming up in the next few weeks.

On the art side of things, I've been entrenched in 3DsMax for the past month churning out tons of art assets - specifically, we're talking architectural/structural pieces (sadly, my finesse with the program isn't advanced enough to create quality set pieces). Luckily, I thrive when using architectural elements in my designs. The screenshots below give you a bit of an idea on where the design is going. 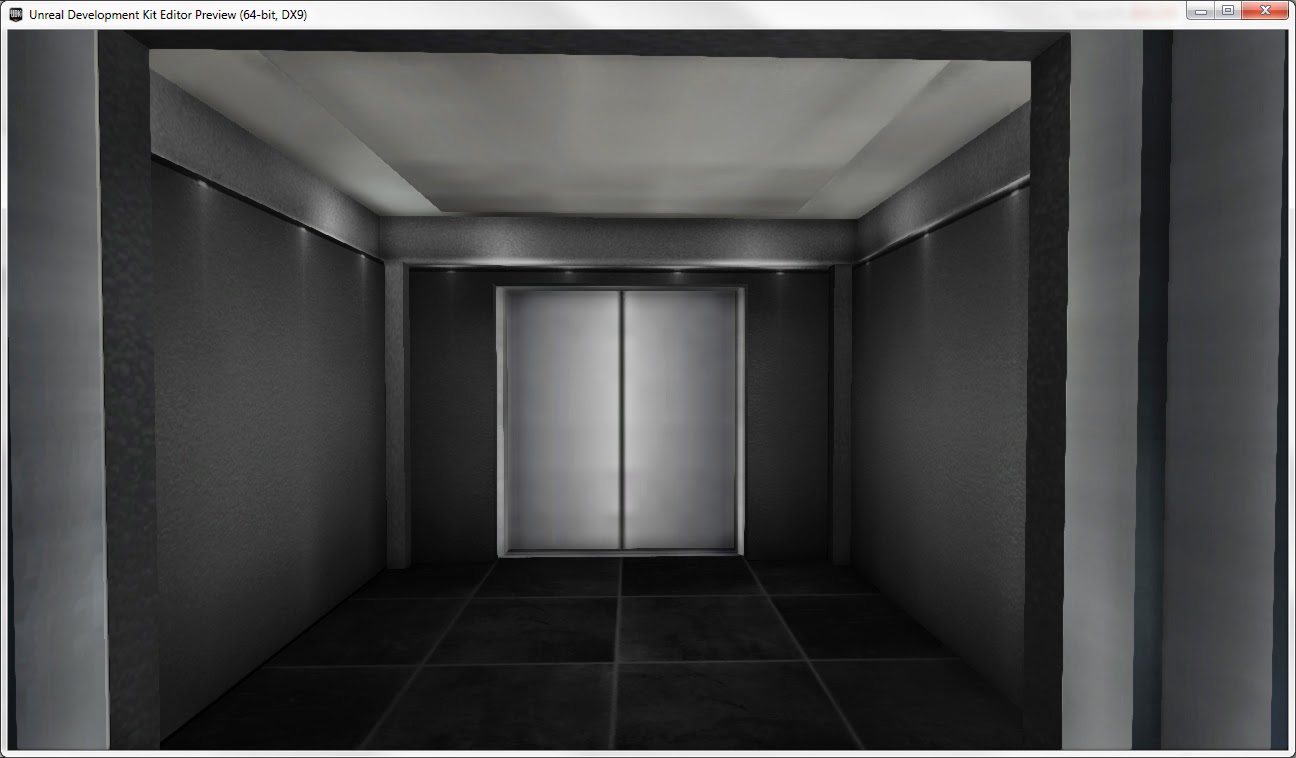 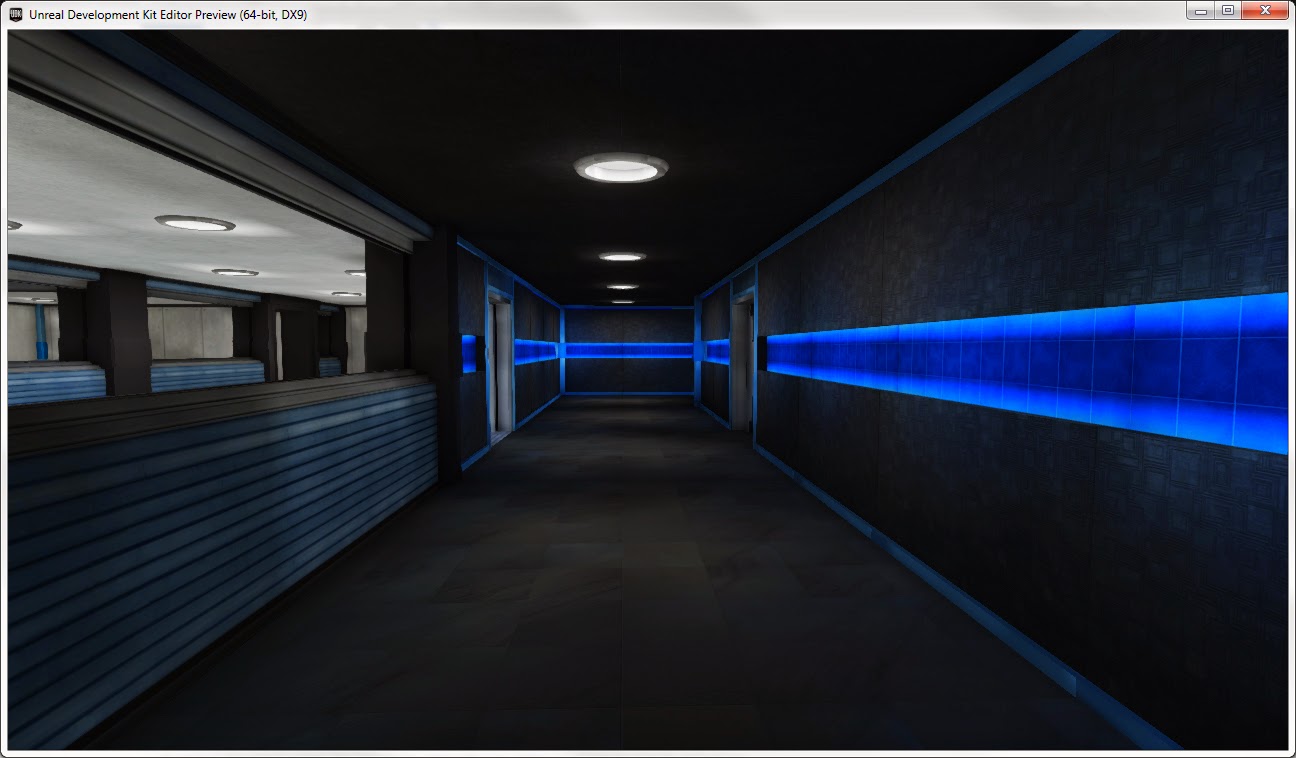 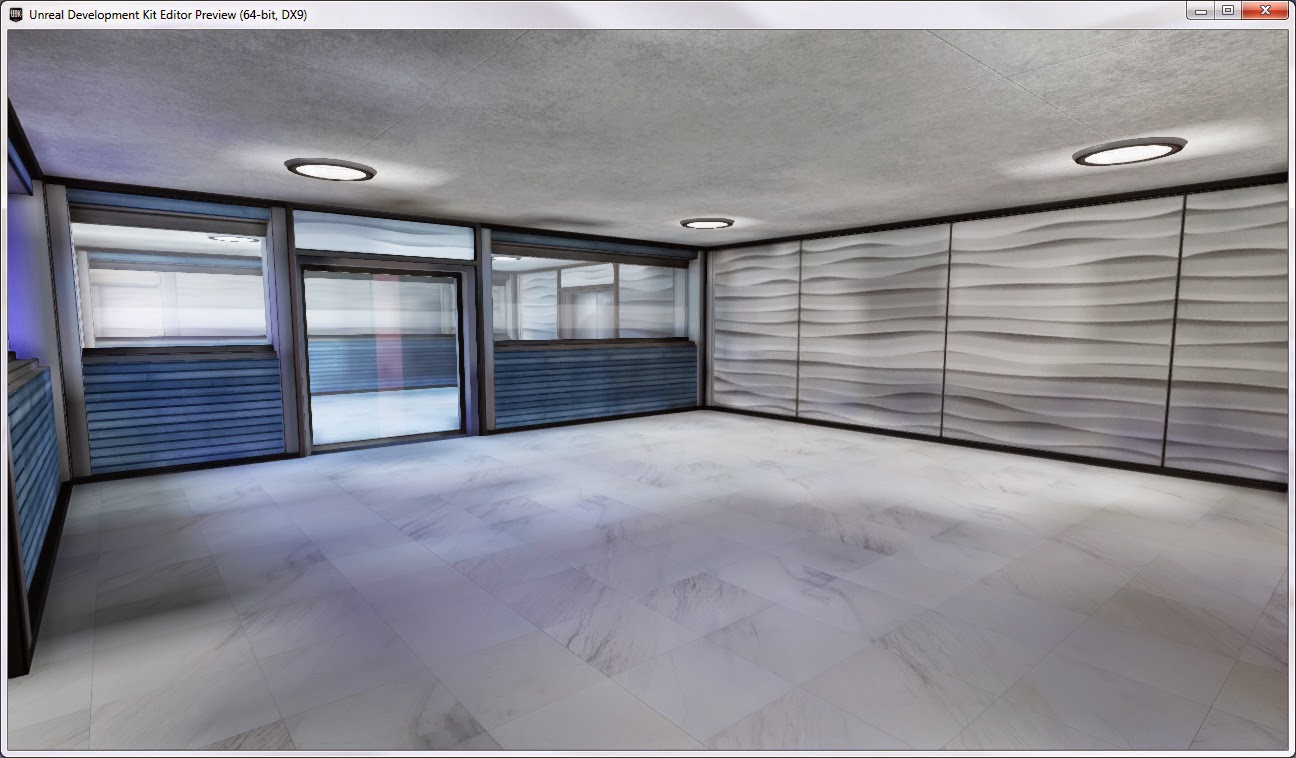 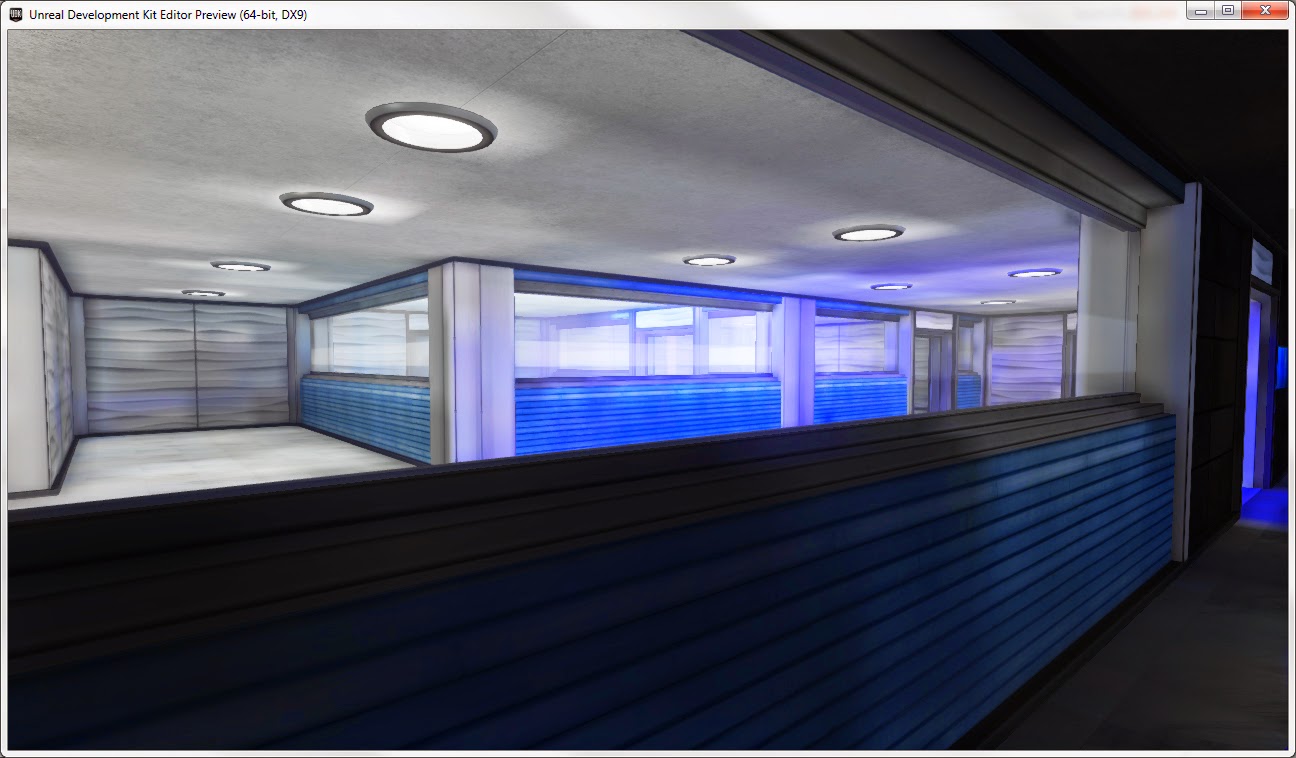 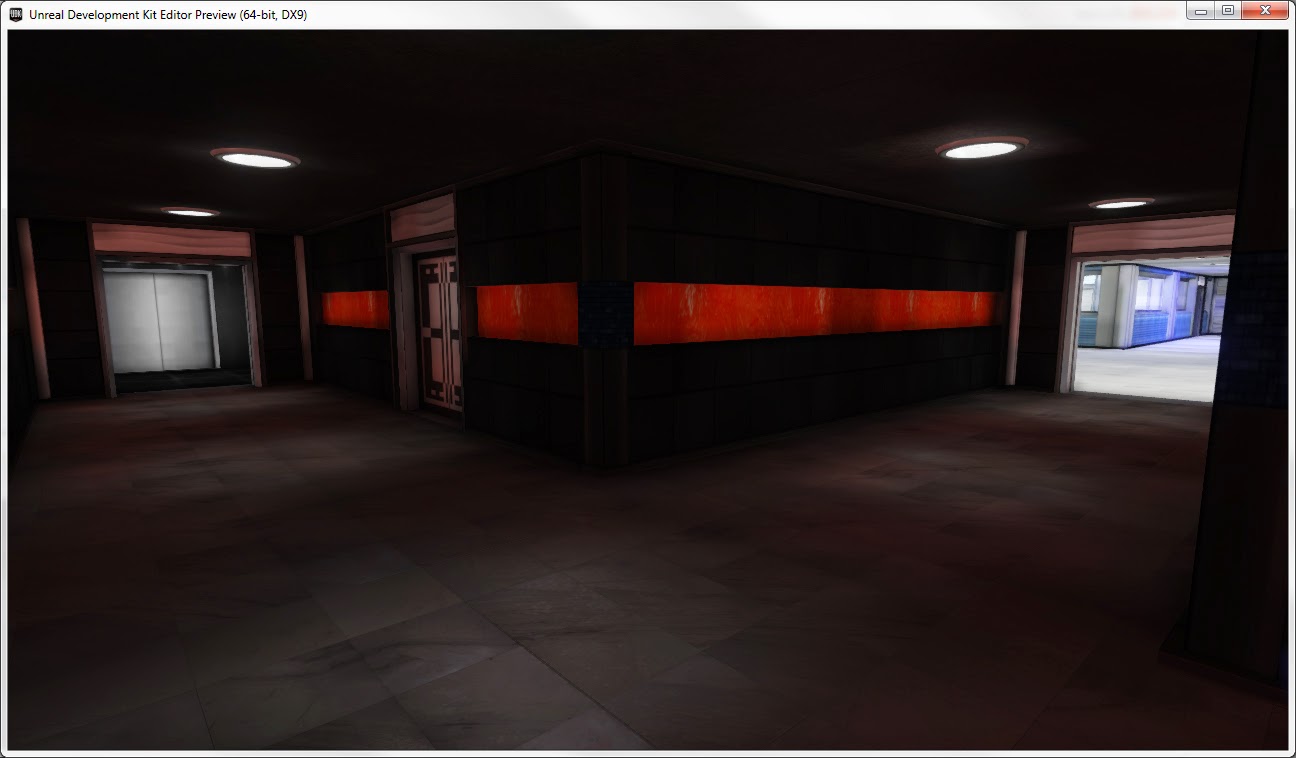 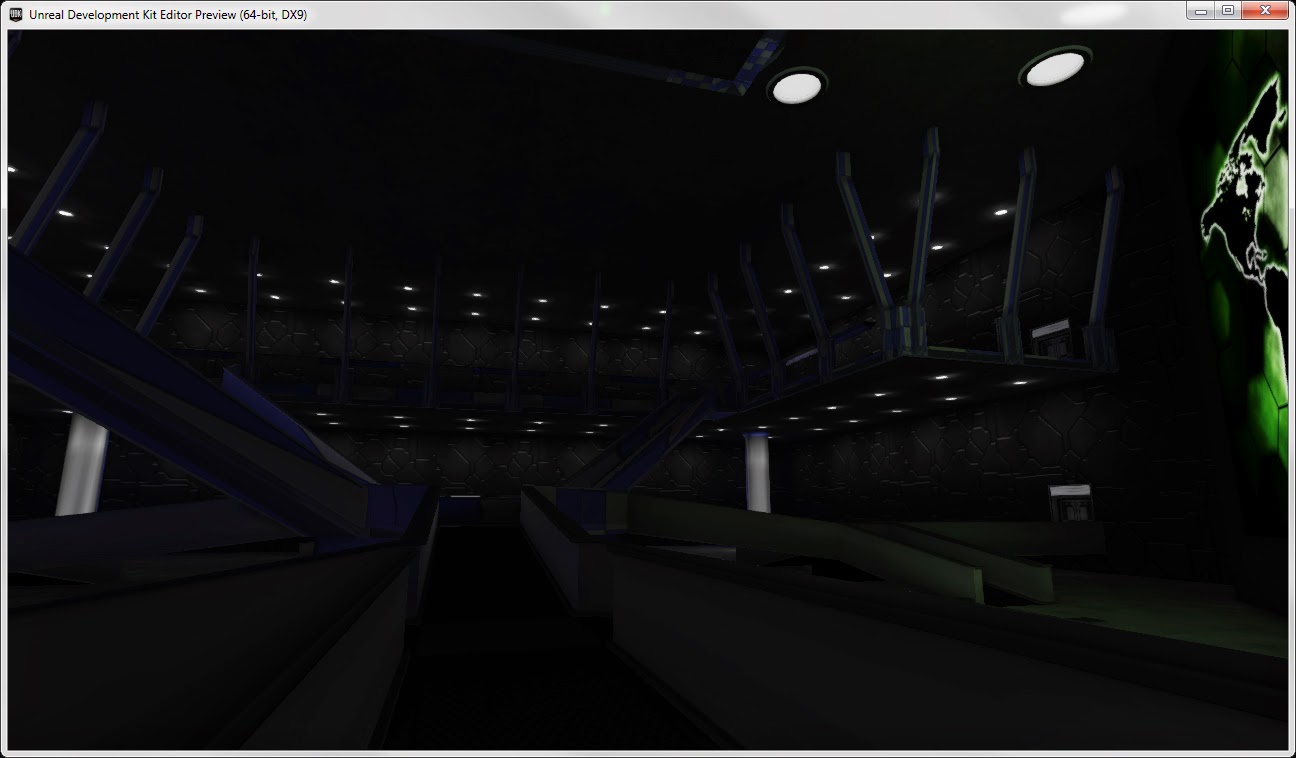 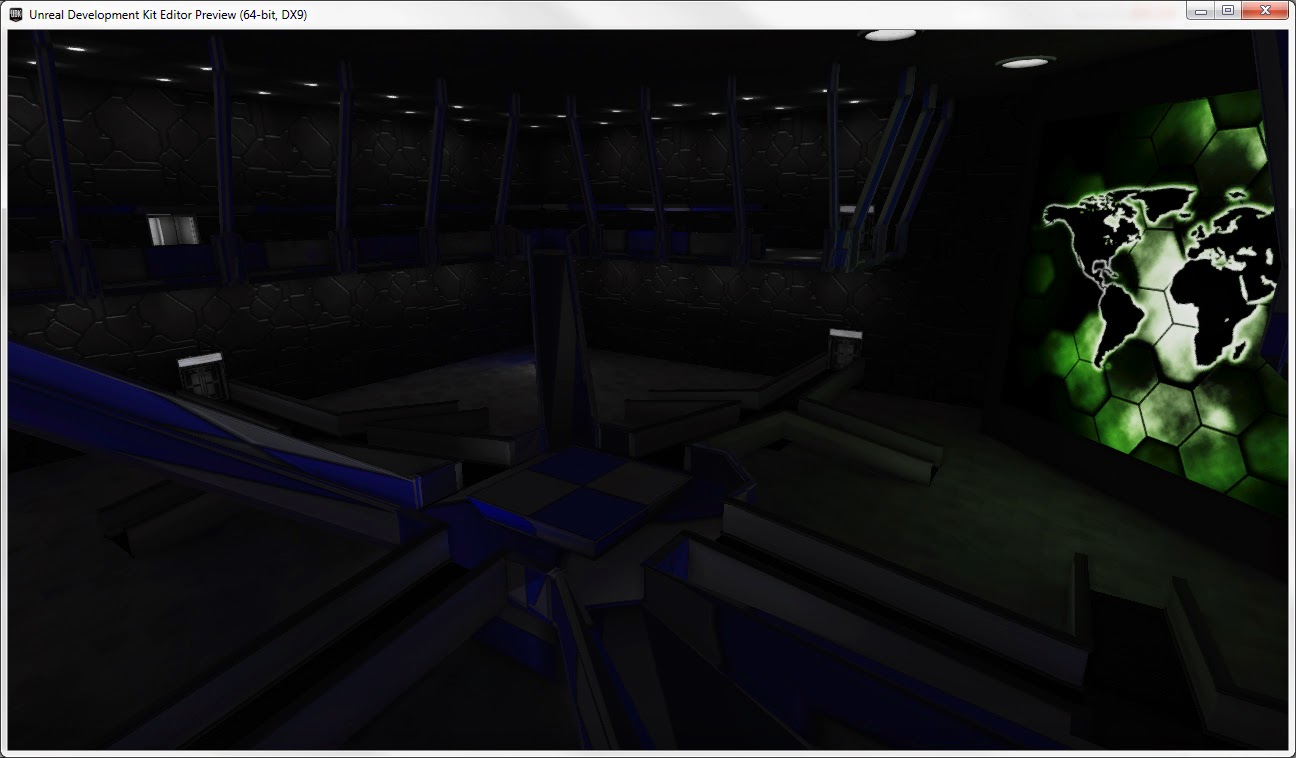 From those screens, you'll also notice that there's been some progress with both textures and lighting. UDK has this really cool option that allows for lighting via emissive textures, and those have really opened up the lighting options for me (considering I normally use excessive amounts of point lights to get the same effect). It definitely still needs a lot of tweaking, but it's on its way!

The real bonus from this process was my texture pass. I ended up going with a cell shaded look, but in reality, this was a complete happy accident - during my initial texture testing, the look kind of just appeared, and I decided to roll with it. I couldn't be happier with how things are looking now!

And that's pretty much it. Next up is a more comprehensive texture pass, along with the gameplay elements mentioned above. Hopefully I'll have another update sooner rather than later this time!
Posted by Andre M. at 1:00 PM No comments: