Well, here we are about a week later, and progress is coming along. Thought I'd post up some images to show you how my previous 2D maps are progressing in 3D space.

For right now, I'm focusing on gray-blocking the main locations of the GSI, which includes the Great Hall, the HQ, the Medical Bay, the Research Lab, and the Security HUB. Eventually, I'll add in a lot of extra hallways and elevators to connect all these areas together, but for now, the rooms themselves will work. I've kept the construction as simple as possible, blocking out all the main architectural elements of each room.

First up is the Great Hall. This is the elaborate entry way to the GSI, and is the first thing that visitors see. A big feature of this room is it's curved walls and sloped ceiling. Right now I've kept it cylindrical, but eventually this room will stretch out lengthwise for a more gradual curve. 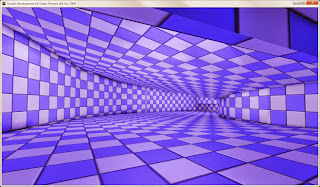 Next we have the HQ. This is arguably the most important room in the GSI, and it's the one I'm most looking forward to working on as this project moves forward. Originally this room was only one floor with a very high ceiling, but the space required to create this made the room feel way too big. Shrinking the room and adding the second floor helped tremendously.

As the main command post, there are many important elements to this room that I wanted to show in the blocking. On the lower level, four entrances are connected via sloped ramps to the center of the room, where a large holographic table is located. I've thrown in some static characters to show some height for that table. Three ramps lead up to a second floor, which is supported with large columns as well as metal beams on the ceiling. On the fourth wall is the GSI's main computer screen. 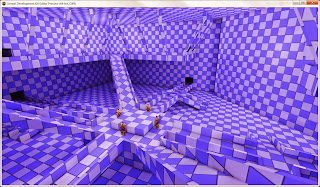 The Medical Bay is a unique room in that it features a sealed quarantine area. To help show off the effect, I've created beveled windows and changed the texture to be able to see the whole room at a glance, similar to how it will look when all the art is in. Besides the quarantine, the room also has a section blocked off for an office space, as well as a medical fridge. The remainder of the space has been left open. 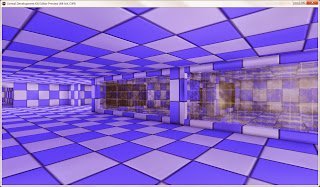 The Research Lab features another quarantine space near the entrance, but the rest of the room is rather simple. Three offices line one wall, while a larger walk-in laboratory finishes off the space. Of all the GSI rooms, the Research Lab is one of the smallest. 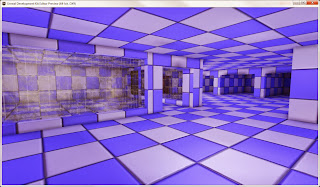 Finally we have the Security HUB. This room was originally designed to be a large open space with several computer terminals, the star of which is the large central pillar with a rotating chair. Since this is more of an art piece, I've simplified this by using a cylinder for now. Another piece of this room is the cell block (not pictured), which is a series of rooms down an adjacent hallway. 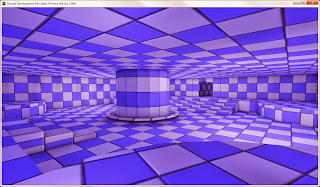 And that's where we are so far! For the next update, I'll probably do a video walkthrough to show off more of each of these areas. Alas, I don't have a mic, so you won't have to listen to me drone on and on, but look for some text with the video to help explain things.
Posted by Andre M. at 1:44 PM